There’s an old saying that you shouldn’t cook with any wine you wouldn’t happily drink, and in my books the same should definitely go for beer. Luckily, Prince Edward Island is a burgeoning hotspot for the brewing scene. Breweries are dotted across the Island, and are producing a delicious variety of beers, from lagers and witbier to bitters and stouts, with a lot of ales in between. These two recipes feature fine Island beers on either end of the spectrum and are just the tip of the iceberg when it comes to cooking with beer.

One of my personal favourite brews is Upstreet’s Rhuby Social. It’s a fantastic strawberry rhubarb witbier that has a subtle, tart fruitiness on the palate which works perfectly with the heat in my Rhuby Mussels recipe. The pairing of PEI seafood and PEI beer is a natural one, and the addition of some aromatic Thai influences makes for a special supper.

Some recipes stand on the shoulders of giants and my Fudgy Chocolate Stout Cake is one of them. There are dozens of variations on the idea, but I’ve taken mine to the extreme end of the fudgy scale. The PEI Brewing Company’s Sydney Street Oatmeal Stout is a perfect choice for a chocolate cake, and the swap of oat flour instead of the usual wheat flour only further enhances the flavours of the stout.

Crack open an Island beer next time you’re looking to add some serious flavour to stew, batter, broth, or baking. They are definitely worth drinking, and I highly recommend cooking with them too. Cheers! 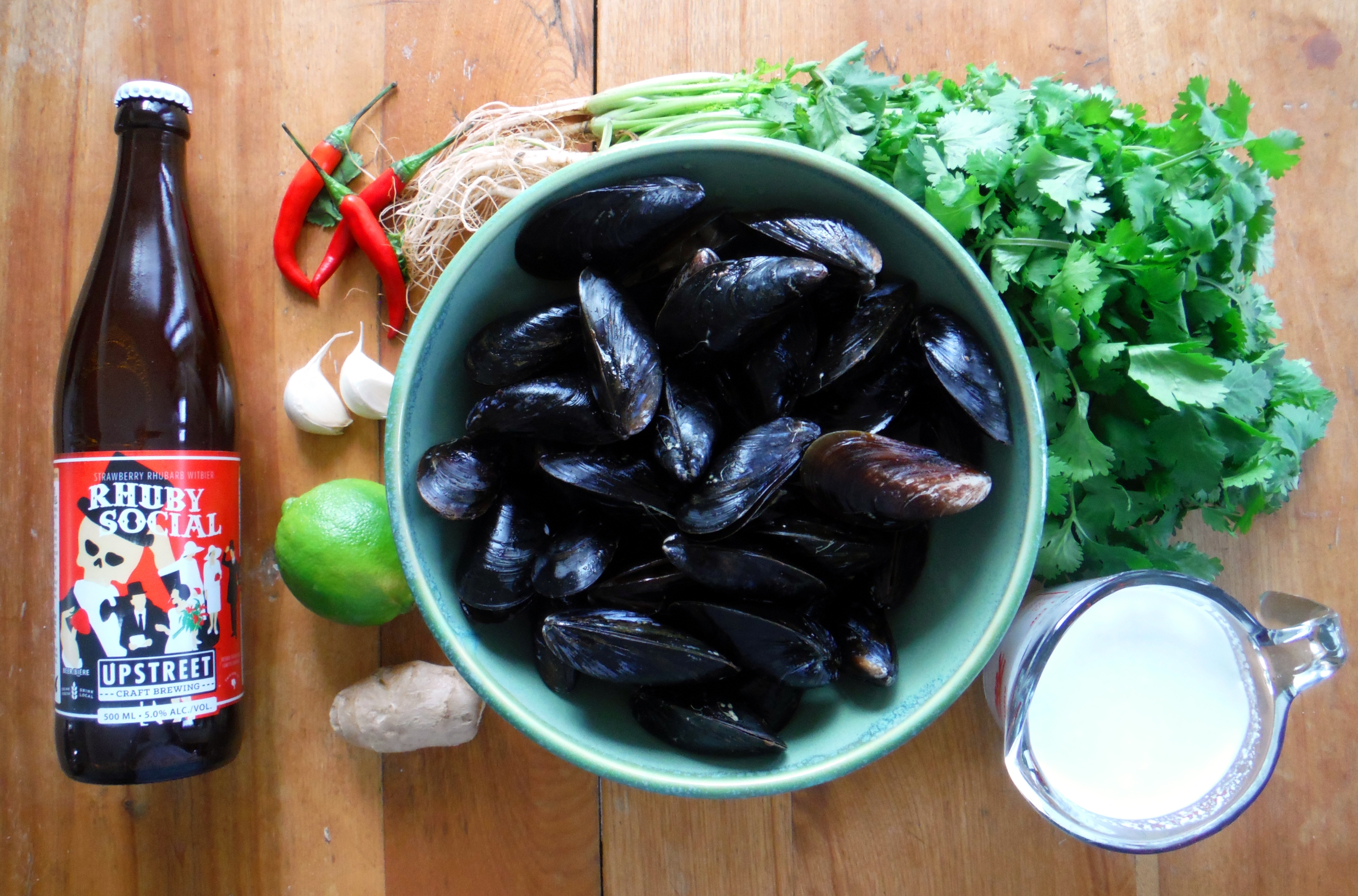 Clean the mussels and dispose of dead or damaged ones.

Finely chop the garlic, ginger, chillies and cilantro. You need these ingredients ready before the cooking starts as things will start to move very quickly.

Heat a large pot with a lid to medium and add the butter, garlic, ginger and chillies. Stir and cook until aromatic but not browned, about 30 seconds. Pour in the beer and coconut milk and turn up the heat to medium-high until simmering rapidly.

Add the mussels and close the lid tight. Steam for 5 minutes or until all the mussels are open and cooked. Add the cilantro and lime juice and stir.

Serve up with more Rhuby Social and crusty bread or crispy fries.

Get the inside scoop on upcoming events, recipes, food stories and other exciting news from Canada’s Food Island!

Choose your preferences from our à la carte eNews options below:

Thank you for subscribing!

Request received! We will email you shortly with the link and password to access the CFI toolkit.

Lost your password? Please enter your email address. You will receive a link to create a new password.